It would be fair to call the Bristol Blenheim’s first post-restoration flight one of the most eagerly anticipated and important events on the European historic aviation circuit this year. After taxi trials on Wednesday, 19 November 2014, John Romain (accompanied by John Gilmore) flew the Blenheim from its Duxford base on Thursday, 20 November 2014, carrying out a 20 minute test flight 1520.

The Blenheim was manufactured in 1934 by the Bristol Aircraft Company, initially intended to be operated as a small airliner. However, the Blenheim’s speed and handling capabilities made it well suited for military operations as a light bomber, and the aircraft underwent extensive modification before joining the RAF. The twin-engine Blenheim was the fastest light bomber of its time, with a top speed excelling that of the single-engine fighters of the era; Blenheims were manufactured in great numbers and for a time, towards the start of the war, the Blenheim was the most numerous aircraft in RAF service, with more than 1,000 on charge.

However, its light armourment (some early variants having just two .303 machine guns as defence – others had marginally more effective firepower, such as the gun pack of four .303 machine guns mounted under the fuselage on night-fighter variants) was eclipsed by the Luftwaffe fighters of the day, and Blenheims were no match for the Messerschmitt Me109 and Me110 fighters. Blenheims suffered heavy losses during raids against the advancing German Army during the invasion of France and the Low Countries, and casualties continued during the Battle of Britain and beyond, when Blenheims were called on to bomb a multitude of enemy targets, including airfields and ports in northern Europe, as well as carrying out strategic reconnaissance over Germany itself. In RAF service, Blenheims fought across the globe, as far afield as India, Singapore and the Dutch East Indies.

Blenheims and their crews are often overlooked and little credit is given to those who fought against tremendous odds to stem the tide of both Germany and Japan’s advances.

ARCo’s Blenheim – a potted history of which is set out below – serves as a flying memorial to the bomber crews who enjoyed little of the recognition and respect bestowed upon ‘The Few’ and the heavy bomber pilots and airmen of Bomber Command. For that, it is a hugely important addition to the historic aircraft scene – one to be treasured, always.

ARCo’s first Blenheim (G-MKIV) was recovered from Canada and underwent a 12 year restoration project by a small team, who brought the aircraft back to flight in May 1987. In a terrible incident for all involved, the Blenheim was badly damaged in a crash just one month after its first flight.

Harnessing all their determination to get a Blenheim back in the air, the same team of volunteers strove over the next five years to restore a second Blenheim, G-BPIV, and in June 1993, she took to the skies, before being rolled out in public at her IWM Duxford home at a specially organised unveiling event that included a small flying display and many representatives of the national media and aviation press.

After a decade of successful operations, tragedy struck again in August 2003 when the Blenheim team suffered another crash, this time a landing accident at IWM Duxford. The team behind the Blenheim’s upkeep did not, however, give in, and a trust was formed to protect the aircraft’s future in the UK. The ARCo was contracted to provide two full-time engineers to the restoration project undertaken by Blenheim Duxford Limited (and supported by The Blenheim Society) and she has been undergoing an extensive rebuild in IWM Duxford’s Hangar 3, and latterly in the ARCo’s facilities, which has seen the Blenheim converted to Mk.I standard with the earlier, shorter nose. The aircraft performed it’s first engine run on 23 May 2014, and work has been steady in the subsequent months as the aircraft has been returned to airworthy condition by ARCo.

We look forward to seeing this superb representation of an early, short-nosed Blenheim light bomber at British airshows in 2015 and beyond. Meanwhile, GAR will be publishing a number of articles looking at the role of Blenheims in the Battle of France and Battle of Britain, as part of our forthcoming 75th anniversary series – keep an eye out for the first articles in the new year. 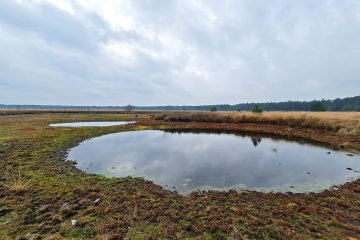