(ABC 6 News) — Bill Bell was just 13 years old when his brother, Sgt. Marion L. Bell was killed in action during World War II. Decades later, he and his wife Mavis were given the chance of a lifetime– to visit his brother’s grave more than 4,000 miles away.

Sgt. Bell was part of an Air Force team conducting a bombing raid on Berlin, Germany, on February 3, 1945. While returning from the raid, Bell’s plane was hit by the Germans. He was able to make it to a Dutch island north of Amsterdam, but when he landed he was shot and killed by German troops.

Bill Bell said his family had heard about the raid and said even before learning of his brother’s fate his mother had an uneasy feeling.

Sgt. Bell was buried in the Netherlands American Cemetery near the border with Belgium. The family attempted to visit his grave site but had to cancel the trip due to an illness.

At that time, Bill said he never expected to have another opportunity to make the more than 4,000-mile journey, but years later, another chance emerged.

“My parents never got to go and I had kind of, I guess we had given up on probably getting there because of our age now,” Bill said.

Last year, Bill’s grandson received a Facebook message from a man named Robert from the Netherlands. Since his grandson didn’t know anyone from the country, the message went unopened at first, he said.

Later, Bell’s grandson opened the message and learned Robert and his wife had “adopted” the grave through a program at the cemetery that allows locals to place flowers on gravesites and learn the veteran’s history. The two families connected, and in late August they met at Sgt. Bell’s grave.

The trip itself, including airfare and several days in Paris, was a gift from Bill and Mavis’ son for Father’s Day. They left Minnesota on August 20th and returned last week.

“I was excited I was going over there,” Mavis said. “Then when we got there it was like a dream.”

Robert and his wife were able to share some of the details they had learned of Sgt. Bell’s final moments with the family, details Bill and Mavis had never known until that day.

In the process, the two couples were linked together through the memory of Sgt. Bell.

“We had talked on the internet a little bit but you almost felt like you knew them for your whole life,” Bill said. 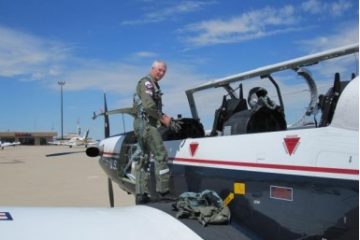 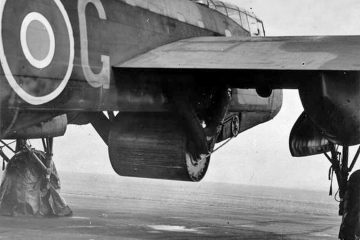